More on Muslim Converts to Christianity

More from Synod about the Muslims who are converting to Christianity. 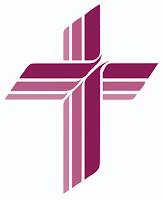 The refugee situation and conversion of Muslims to Christianity is garnering international attention. But there are more stories to be told, particularly regarding what the Church's response should be.
Later this week, we will be sending a team to Berlin to visit this very congregation mentioned by NPR to meet Rev. Gottfried Martens and some of the recent converts. This last weekend there were three baptisms conducted for converted Muslims and more are planned this coming Sunday. While the NPR report implies that these conversions may simply be to gain sanctuary in Germany, Rev. Martens has this to say:


"I talk to them personally to see whether they are really convinced that they are Christians, whether they really know the basics of the Christian faith," he says. "And when I see that this is not the case, then I don't baptize them, of course."

Listen to the interview, particularly the parts where Pastor Martens speaks, and consider what the Church's response should be in these situations.

For Some Muslim Asylum-Seekers In Germany, Christianity Beckons
Some Muslim migrants from Afghanistan and Iran are converting to Christianity in Germany. Skeptics claim it is a ploy to gain asylum.
npr.org
Posted by Pastor John Rickert at 1:52 PM