The Lord be with you.

This coming Sunday celebrates the Feast of the Visitation and the Festival of the Holy Trinity. Both are major days in the Church Year and both would normally supplant the regular Sunday readings with their own. The “Visitation” is the celebration of when the virgin Mary visited her relative Elizabeth, who was pregnant with her own “miracle” baby, John the Baptist. When Mary greeted Elizabeth, the child in her womb leapt, prompting Elizabeth to proclaim. “Blessed are you among women, and blessed is the fruit of your womb! And why is this granted to me that the mother of my Lord should come to me? For behold, when the sound of your greeting came to my ears, the baby in my womb leaped for joy. And blessed is she who believed that there would be a fulfillment of what was spoken to her from the Lord.” Mary responded with what is now called the Magnificat. (This all happens in Luke 1.) This Feast always falls on May 31.

The Festival of the Holy Trinity is somewhat an oddity among the feasts and festivals as it does not commemorate an individual or an event. Instead it recognizes how God has revealed himself to us, that is, as Triune. This Sunday was introduced in the Middle-Ages when much of Europe was occupied by Muslims (to be exact, the Iberian Peninsula where the modern state of Spain is), having conquered it in the 700s. The influence of these invaders caused muddied thinking concerning the Deity in neighboring Christian countries. So the Pope declared Trinity Sunday as a means to keep the people informed concerning this important revelation. As Trinity Sunday is always the first Sunday following Pentecost, the date moves from year to year.

Now if we were going to be super strict to our liturgical calendar, Feasts are given preference to Festivals, so we would be celebrating the Feast of the Visitation instead of the Festival of the Holy Trinity. However, I personally feel that the Triune nature of God is still under attack, at least in the USA, with many feeling it doesn’t matter what you believe as long as you are sincere. So we will be celebrating the Festival of the Holy Trinity and the Visitation will be recalled in our prayers.

For our liturgy we will be using Divine I (page 151) with the following modifications. First, for our Hymn of Praise we will be substituting LSB 933, “My Soul Rejoices”. This well-known hymn is based on the Magnificat and we are using it in recognition of the Visitation, when Mary first sang the Magnificat. The next modification will be the use of the Athanasian Creed (page 319) instead of the Nicene Creed. We use this longer creed only once a year, on Trinity Sunday. It has the best “short” explanation of the Trinity of which I know.

Our opening hymn will also be honoring the Visitation. We will sing “For All the Faithful Women” LSB 855. While we have sung this hymn many times over the years, I wouldn’t yet call it a favorite, It is one of those hymns that can be used at most any commemoration or festival that has a strong female presence. As such, you are intended to sing only the appropriate verses. We will sing verse one, then verse eight, and conclude with verses three and four. The sermon hymn reflects Trinity Sunday. It is “Father Most Holy” (LSB 504). Our first distribution hymn also reflects Trinity Sunday. It is the well-loved “Holy, Holy, Holy” (LSB 507). The second distribution hymn reflects the Lord’s Supper. It is “Eat This Bread” (LSB 638). Our third distribution hymn turns our focus to Jesus. In reality, all our feasts and festivals are about Jesus. For example, the Visitation is about the pre-born Jesus visiting Elizabeth and the pre-born John. We then have the response of John, Elizabeth and Mary to Jesus. The hymn allows us to join those saints of old in praising our Lord. It is “Oh, for a Thousand Tongues to Sing” (LSB 528). Our closing hymn returns again to the Holy Trinity theme with “Glory Be to God the Father” (LSB 506). With the exception of our first hymn, I’d say all the tunes are very well known.

This Sunday concludes the “festival half” of the Church Year. This is the half that has all the big holidays like Christmas, Easter and Pentecost. While the paraments for this Sunday are white, we will then change them to green, reflecting the “Church” half of the liturgical year and it’s accent on our growth in the Christian Faith.

Below is a video of our sermon hymn, is “Father Most Holy” (LSB 504). It is being sung by “the Lutheran Warbler.”

What follows is a synopsis of Sunday’s lessons, provided by the synod, then the lessons and finally some additional notes

The Glory of the Lord of Hosts Shines in Mercy, Forgiveness, and Salvation
When Isaiah “saw the Lord sitting upon a throne, high and lifted up,” he cried out and confessed that he was “a man of unclean lips.” If even the holy angels cover their faces in the presence of “the King, the Lord of hosts,” how can sinful humans stand before Him? (Is. 6:1–5) Yet, the glory of the Lord is saving grace, and with “a burning coal” from the altar the angel touched Isaiah’s lips, removing his guilt (Is. 6:6–7). Likewise, from the altar of Christ’s Cross, by the ministry of the Gospel, “the whole earth is full of His glory” (Is 6:3). For He was crucified, died and was buried, “according to the definite plan and foreknowledge of God,” and God “raised Him up, loosing the pangs of death” (Acts 2:23–24). He “received from the Father the promise of the Holy Spirit” (Acts 2:32) and He raises up the fallen world by pouring out His life-giving Spirit upon sinners through His earthly means of grace. To give this saving Gift God sent His Son into the world, “that whoever believes in Him should not perish but have eternal life” (John 3:16–17).

“Holy, holy, holy is the Lord of hosts;
the whole earth is full of his glory!”

4           And the foundations of the thresholds shook at the voice of him who called, and the house was filled with smoke. 5And I said: “Woe is me! For I am lost; for I am a man of unclean lips, and I dwell in the midst of a people of unclean lips; for my eyes have seen the King, the Lord of hosts!”
6           Then one of the seraphim flew to me, having in his hand a burning coal that he had taken with tongs from the altar. 7And he touched my mouth and said: “Behold, this has touched your lips; your guilt is taken away, and your sin atoned for.”
8           And I heard the voice of the Lord saying, “Whom shall I send, and who will go for us?” Then I said, “Here I am! Send me.”

Acts 2:14a, 22-36
14a         But Peter, standing with the eleven, lifted up his voice and addressed them: …
22          “Men of Israel, hear these words: Jesus of Nazareth, a man attested to you by God with mighty works and wonders and signs that God did through him in your midst, as you yourselves know—23this Jesus, delivered up according to the definite plan and foreknowledge of God, you crucified and killed by the hands of lawless men. 24God raised him up, loosing the pangs of death, because it was not possible for him to be held by it. 25For David says concerning him,

29          “Brothers, I may say to you with confidence about the patriarch David that he both died and was buried, and his tomb is with us to this day. 30Being therefore a prophet, and knowing that God had sworn with an oath to him that he would set one of his descendants on his throne, 31he foresaw and spoke about the resurrection of the Christ, that he was not abandoned to Hades, nor did his flesh see corruption. 32This Jesus God raised up, and of that we all are witnesses. 33Being therefore exalted at the right hand of God, and having received from the Father the promise of the Holy Spirit, he has poured out this that you yourselves are seeing and hearing. 34For David did not ascend into the heavens, but he himself says,

36          Let all the house of Israel therefore know for certain that God has made him both Lord and Christ, this Jesus whom you crucified.”

John 3:1-17
3:1         Now there was a man of the Pharisees named Nicodemus, a ruler of the Jews. 2This man came to Jesus by night and said to him, “Rabbi, we know that you are a teacher come from God, for no one can do these signs that you do unless God is with him.” 3Jesus answered him, “Truly, truly, I say to you, unless one is born again he cannot see the kingdom of God.” 4Nicodemus said to him, “How can a man be born when he is old? Can he enter a second time into his mother's womb and be born?” 5Jesus answered, “Truly, truly, I say to you, unless one is born of water and the Spirit, he cannot enter the kingdom of God. 6That which is born of the flesh is flesh, and that which is born of the Spirit is spirit. 7Do not marvel that I said to you, ‘You must be born again.’ 8The wind blows where it wishes, and you hear its sound, but you do not know where it comes from or where it goes. So it is with everyone who is born of the Spirit.”
9           Nicodemus said to him, “How can these things be?” 10Jesus answered him, “Are you the teacher of Israel and yet you do not understand these things? 11Truly, truly, I say to you, we speak of what we know, and bear witness to what we have seen, but you do not receive our testimony. 12If I have told you earthly things and you do not believe, how can you believe if I tell you heavenly things? 13No one has ascended into heaven except he who descended from heaven, the Son of Man who is in heaven.a 14And as Moses lifted up the serpent in the wilderness, so must the Son of Man be lifted up, 15that whoever believes in him may have eternal life.
16          “For God so loved the world, that he gave his only Son, that whoever believes in him should not perish but have eternal life. 17For God did not send his Son into the world to condemn the world, but in order that the world might be saved through him.
a Some manuscripts omit “who is in heaven.” 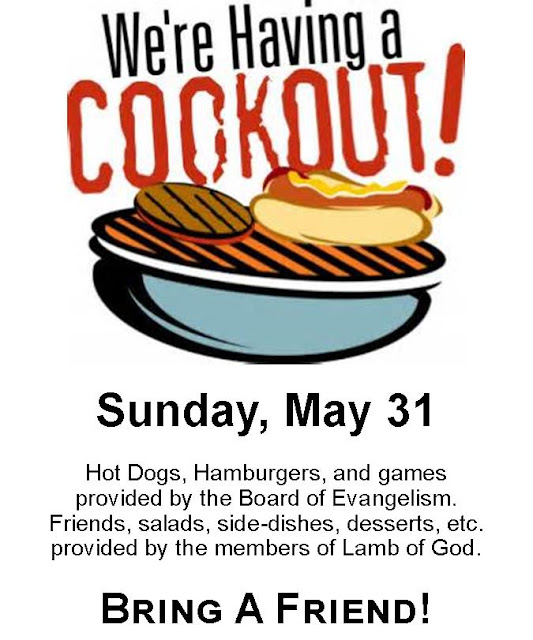 Posted by Pastor John Rickert at 10:33 AM No comments: